A Story Of Nanhikali Sunitha 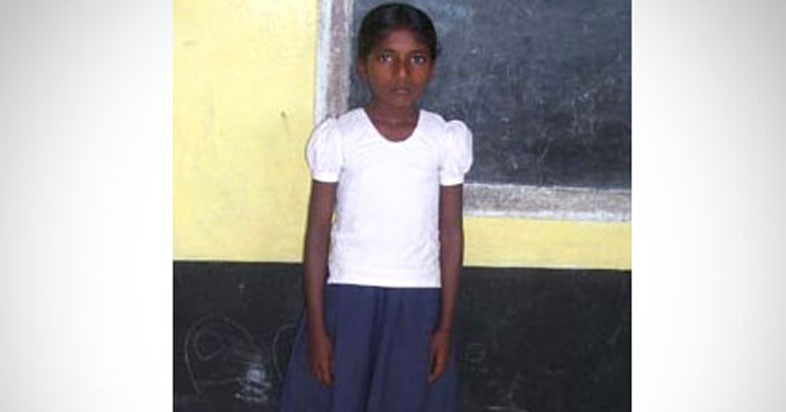 Ausulonipalli is a remote village in Utkoor mandal of Mahabubnagar District of Andhra Pradesh. This is the place that Venkatamma; a bright student studying in class VIII, calls her home. Venkatamma has determinedly overcome the myriad challenges that she faces and has done well in her academics as well as extra-curricular activities. For instance, she won the first place in a district level science fair in 2011 in which children from more than 226 schools had participated.

Venkatamma hails from an economically disadvantaged family which consists of six members including her mother and four siblings. She tragically lost her father to tuberculosis when she was barely two and since then has been under the care of her mother, an agricultural labourer and elder brother, who is a mason. They do own cultivable land but lack of money to invest in agriculture has made it difficult for them to actually cultivate on their own land. Their annual income is insufficient to make both ends meet. Moreover, don’t be misled by their reinforced concrete house for it was made affordable only by a generous government subsidy.

Today,despite these numerous difficulties which hinder her development, Venkatamma is doing very well in school. And this is due in no small part to the efforts of the Nanhi Kali project, which is a girl child education project that aims at providing ten years of quality education to girls from economically disadvantaged backgrounds by giving academic, material and moral support.Whereas earlier she would score around 70%, her score today is consistently above 80%. Not only this, as mentioned earlier she also actively participates in co-curricular activities.
Her class teacher says, “She is one of the best students in our school and has brought a good name to our school by participating in different competitions”. Asked about her ambitions she says, “At present I am very happy to be a Nanhi Kali. I want to continue my studies till graduation and then I will become a teacher”.

We hope that this Nanhi Kali realizes her dreams and wish her luck for her future!