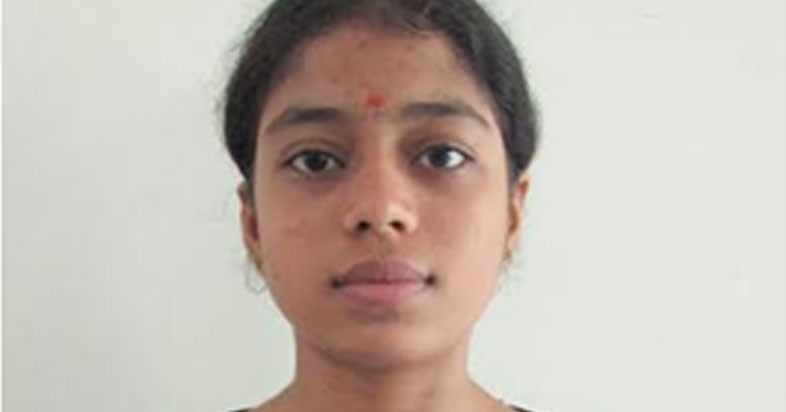 Y. Hemaleela, a true all-rounder cleared her Class X Board Examinations with outstanding results of 98% from Government Girls HS Marredpally. Her father works as a Watchman and mother supports the family by working as a household maid. With annual income less than Rs 24000 and poor living conditions in their one-roomed house, Hemaleela has studied hard and outshone herself with her brilliant academic performance. She also has an elder brother who is pursuing engineering from GMR College, Medchal.

Being the daughter of a watchman of an apartment and a maid servant, it was not easy for Hemaleela to study well. She was burdened with responsibilities of household chores and the environment around was not educational. She became a Nanhi Kali five years ago and it turned out to be a great boon for her. Her attendance in School and Academic Support Centre (ASC) is 100% and there have been a lot of positive changes in her overall personality apart from her brilliance in academics.

Hemaleela actively participates in extracurricular activities. She has won prizes in various sports events. She likes to draw and participate in drawing competitions as well. She also takes part in drama and music, as she acts and sings on Republic Day, Independence Day and Annual Function of school. She has bagged the first prize in Mandal level Kabaddi competition and district level Kho Kho competition. She is a very friendly and energetic girl with a helpful attitude and also has developed good leadership qualities through Nanhi Kali Club groups. Her hobbies include reading books and playing Kabaddi and Kho Kho.

Hemaleela is extremely happy to be a Nanhi Kali. She is thankful for the special tuitions organized by the Nanhi Kali programme in ASC which practically helped her to score well in the examinations. She aims to become a doctor and will continue her studies till she reaches her goal. She wants to medically serve the poor community.