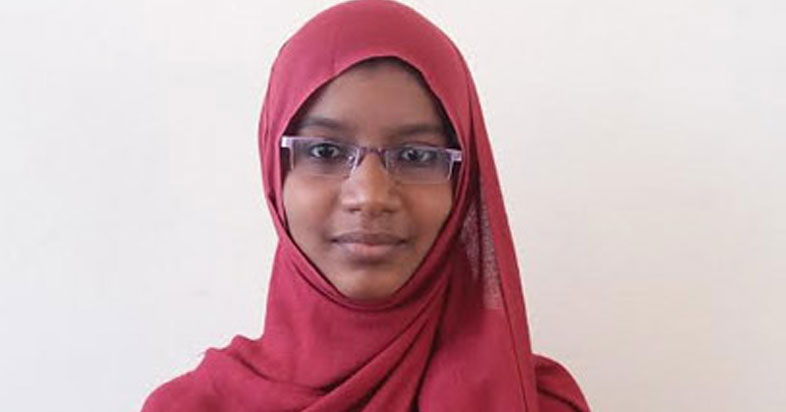 Samreen recently completed class X and scored an impressive 9.8 Grade Point Average in her SSC examinations.For a first generation learner growing up in a family where educating girls is not a priority, this is a significant achievement.

Samreen’s father is a daily wage labourer who also rides the auto-rickshaw twice a week. Her mother is a homemaker. Samreen has two elder sisters who were married off at a young age, and two younger brothers who are currently pursuing their studies.

Being a first generation learner, Samreen found very little guidance and motivation from home. She believes that if it had not been for Project Nanhi Kali, her parents would have arranged her marriage, as was the case with her sisters, with some illiterate boy at a young age too. Although her father is the sole income earner of the family, he provides very little support to his family. Being a drunkard, he spends most of his earnings on alcohol and the family is forced to suffer through his frequent violent outbursts. Although Samreen’s mother struggles to make ends meet with meagre income, she ensured that Samreen continued her schooling and attended her classes regularly and her enrolment into Project Nanhi Kali helped in relaxing the financial burden.

Samreen’s achievement in class X examinations was delightful news to her family and they have decided to support her education until she achieves her goal of becoming a doctor.
Samreen has joined the Mannu Model Government Junior College and opted for the specialisation Biology, Physics and Chemistry. With such bright young children with a love for knowledge, it is only just that we do our bit in ensuring them an uninterrupted education.